The Book was wrote by Arshad Chohan. Fundamental of Gynecology is so far the best book and highly sold book in Asia country as will as across the world. The book is first aid choice for those who want to get easy approached and specialization in gynecology. The quality of the book can be felt by reading this book. As an undergraduate medical student a need a book that provide a solid understanding about the subject and i found that fundamental of Gynecology by Arshad Chohan was the best book.  The book is also a best recommendation for MBBS and FCPS students.

More about the book read the quick outline features of Fundamental Of Gynecology Pdf given Below.

About The Author: ( Dr. Arshad Chohan ): 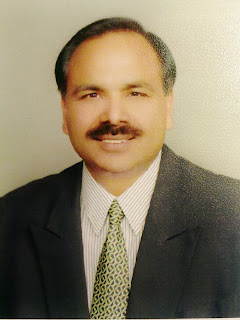 PROF. MUHAMMAD ARSHAD CHOHAN graduated in 1985 and got his post graduation training from Services hospital Lahore initially and subsequently from UK and Ireland. He did diploma in obstetrics in 1991 from Royal College Of Physicians Ireland, MRCOG in 1994 from Royal College of Obstetrics & Gynaecologists London and FCPS in 1994 from College of Physicians and Surgeons Pakistan. He got elevated to FRCOG in 2006. He is now working as Professor of Obs,&Gynae at King Edward Medical University/Lady Willingdon Hospital Lahore where he is heading unit III. He has written two text books, one in gynae and other in obstetrics. He has also written a book on examination preparation methodology. His 26 papers have been published in different journals.

Features Of Fundamental Of Gynecology Pdf:

Here is the list of important features Of Fundamental of gynecology Pdf by Ardhad chohan:

“ NOTE: We do not own copyrights to these books. We’re sharing this material with our audience ONLY for educational purpose. We highly encourage our visitors to purchase original books from the respected publishers. If someone with copyrights wants us to remove this content, please contact us.